This briefing is on an “Analysis of Outcomes for Children and Young People 4 to 5 Years after a Final Care Order” commissioned by the Welsh Government from the Institute of Public Care (IPC). It was published on 15th May 2018 and is available at https://gov.wales/statistics-and-research/analysis-outcomes-children-young-people-4-5-years-after-final-care-order/?lang=en

The study explores the placement journeys for children in care in Wales, how these compare with the outcomes aspired to in their Care Plan and the factors associated with more positive placement outcomes for children with a Care Order.

The study involved a large-scale analysis of all the children with a final Care Order made in Wales between April 2012 and March 2013, 1,076 children, and a more in depth look at a sub-sample of 79 children from five local authorities. The study presents a positive picture of the outcomes for most children in terms of placement stability and the progress they have made. It identifies the characteristics associated with positive and negative outcomes and the significant challenges for children in care in Wales.

The study starts by acknowledging that much UK research has suggested that outcomes for looked after children are less favourable than for other children outside the care system.  Recent research has challenged this overall negative view showing that many children do relatively well in care when compared to those with similar backgrounds who return to live at home.  This provides context for the decision of the Welsh Government, through the Ministerial Advisory Group on Improving Outcomes for Children, to commission this study as part of its wider programme of work.

Stage one of the study was an analysis of the placement trajectories for all children in Wales with a final Care Order in the financial year 2012-2013. This was a sample of 1,076 children.  The major limitation for this part of the study was that the planned outcome presented to court when the Care Order was made was not available.  This was because the expected data was not available from Cafcass Cymru.  This meant this part of the study could not ascertain the proportion of children for whom an overall desired placement outcome was achieved, not achieved or partially achieved.

Stage two was a more in-depth analysis of child histories, Care Plans, placements, supports and outcomes for a representative sub-sample of 79 children from five local authorities achieved through 120 interviews with social workers, team managers and Independent Reviewing Officers (IROs).  The major limitations of this part of the study were sample size, which was not sufficient for statistical analysis, and that children and young people were not able to give their own perceptions.  This was not possible within the budget and timescales for the study.

Findings of the Study

From the analysis of all children with a final Care Order in Wales from April 2012 to March 2013.

Reasons for a Final Care Order 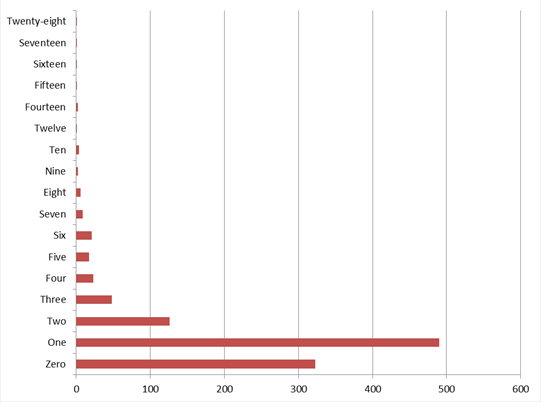 The child with 28 placements appears to have had a series of regular short term placements.

Younger children were more likely to be adopted than older ones. 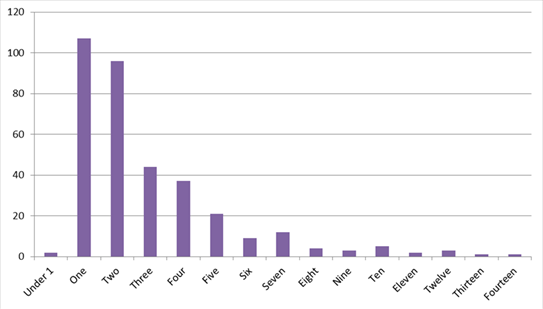 63 children returned home to live with parents, relatives or another person with parental responsibility. Of these 4 became looked after again.

Of the children remaining looked after at 31 March 2017 66% were in agency or local authority foster care with the numbers in each almost equal.  Other placements included with relative or friend, own parents, residential care and placed for adoption.

This more detailed part of the study provides valuable additional information about the characteristics of the children and their families. These included:

Table 1. Placement Outcomes in the Plan Presented to the Court at the Time of the Final Care Order

The extent to which the placement plan was fulfilled was looked at in the short and longer term.

Table 2. Achievement of Placement Plans in the Short Term by Placement Type

The study found adoption easier to achieve for younger children.  The children for whom the plan for long term foster care was not achieved in the short term were characterised by chronic histories of abuse and neglect 8/9 cases, having been exposed to extreme trauma particularly in the form of physical and sexual abuse 5/9 or being part of a sibling group intended to be fostered together 6/9.

The three children for whom residential care was the plan had severe attachment disorders identified at the time of care proceedings.

Over the longer term some of the initially achieved placements broke down.

There was a proportion, 9 out of 15, whose placement plan was not initially achieved who still did not have an alternative permanent placement 4-5 years after the making of their Care Order.  Almost all these children, 8 out of 9, experienced at least two and most experienced several placement breakdowns.

Outcomes for the Children

Amongst the outcomes the study comments on are:

Un-planned Placement Breakdown and the Factors Associated with These

There were 60 unplanned placement breakdowns affecting 26 of the 79 children.

The study asked social workers, team mangers and Independent Reviewing Officers (IRO) about whole system factors that are helpful, what improvements can be made and about the role of the IRO.

Amongst the areas identified as currently helpful were:

Amongst the responses to a question about improvements that could be made were:

Responses about the IRO role included:

This study suggests that many children and young people are doing well in care.  There are positive findings for the children in relation to their educational, social, physical and sexual health outcomes.

The study supports key findings from other research including that:

The study highlights that the proportion of children in care with a disability may be much higher than reported.

The study identifies some significant challenges for the children in Wales including:

The study makes the following recommendations

Contact us to find out about how tri.x can help your organisation

Copyright©: The content of tri.x Briefing papers can be accessed, printed and downloaded in an unaltered form, on a temporary basis, for personal study or reference purposes. However any content printed or downloaded may not be sold, licensed, transferred, copied or reproduced in whole or in part in any manner or in or on any media to any person without the prior written consent of Antser Group.

tri.x and the wider Signis Group produce a monthly newsletter for social care professionals, it includes research, signposting and news to keep you up to date.